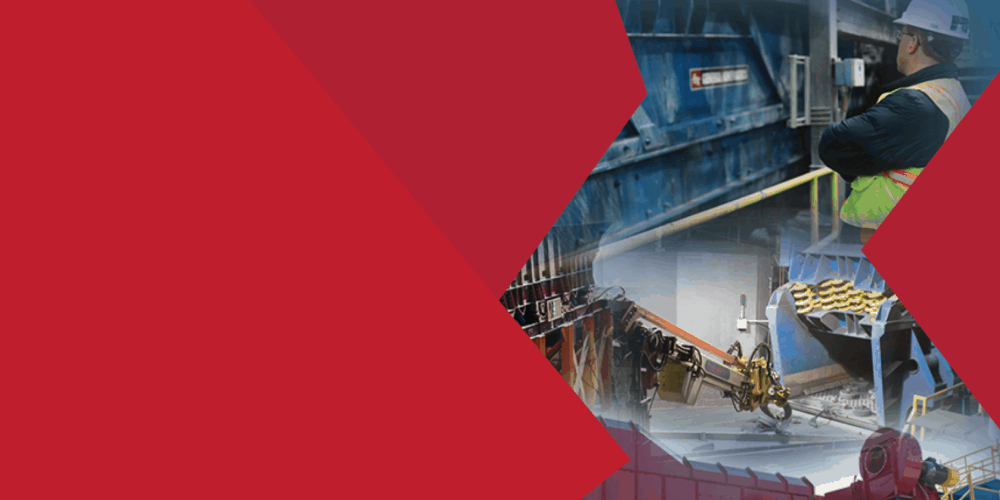 General Kinematics is known as the leader in Two-Mass vibratory technology. This technology has made it possible to handle larger capacities while prolonging the life of the equipment.

Two-Mass refers to a style of vibratory equipment where one mass (the exciter, i.e. “Drive”) is used to mobilize a second mass (the trough, i.e. “Body”). The exciter mass is the total weight of the vibratory motor(s) plus the steel structure designed proportionally to the total trough weight in addition to the amount of the material load. The exciter mass is connected to the trough structure through a network of springs distributed evenly between the two. Connecting the two masses through the spring network creates a responsive sub-resonant system. This system responds to changes in load without dampening performance and efficiency. Two-Mass is also much less costly to operate and maintain, as belts, large motors, and bearings are eliminated.

Conversely, brute force designs respond negatively to material loading. As the material load increases, the stroke decreases. A brute force machine will typically have large motors and eccentric weights that take time to startup and can sometimes get stuck in this frequency during startup causing structural stresses. After startup, it operates far away from the isolation frequency and thus does not benefit from the Two-Mass curve (noted to the right). The power required to achieve a design stroke is a direct correlation of the mass it must vibrate. Therefore, with an increase in material load, the design stroke will decrease. With this inherent difference, Two-Mass technology maintains material activation efficiency and capacity at all times, while brute force efficiency and capacity will decrease under full load and surge conditions. Performance uptime is impacted by the mechanical design of the two different styles.

Need a Quote or
Have a Question?

The name “Two-Mass” is derived from the design of the equipment. In this design, the exciter (Mass one) is attached to the body of the equipment (Mass two) by a network of reactor springs.

Brute force refers to an equipment design where the motor is directly attached to the body or vibrating mass.

The Two-Mass design provides a fast and smooth start-up. The two masses move in opposite directions with a linear stroke. This design requires less energy to operate.

The drive is attached directly to trough assembly. This design requires two times that of the Two-Mass design to operate.

Drive force is evenly distributed through the spring network to support the structure of the equipment body. For the larger units, the body has design alterations to more evenly distribute drive forces. This also restricts any torsional forces.

Drive force is concentrated in one area of each side panel. Side panel construction cannot survive the concentrated forces and often fail. For larger Brute Force units the drive forces to the side panel intensify as the beam width, mass, and forces are increased as resistance to torsional forces decreases.

The Two-Mass Sub Resonant Technology responds positively to material loading. Machine design takes into consideration the equipment weight and material surge weight and optimizes the motor HP and spring network so that efficiency and capacity are not affected as process conditions vary.

The Brute Force design responds negatively to increased material loading, perhaps significantly under surge conditions. This will decrease stroke and diminish efficiency. The machine design must take into account the motor/drive mass, body mass, and material mass. All 3 consume the motor/drive HP, which is limited.

Learn how General Kinematics’ Two-Mass design has improved screening capacity by up to 30%.

GK’s Two-Mass technology equipment is available for every industry. Find the perfect Two-Mass addition for your process by clicking the industry icon below!

Curious How Two-Mass Technology Can be an Advantage in your Application?
Ask our Experts.