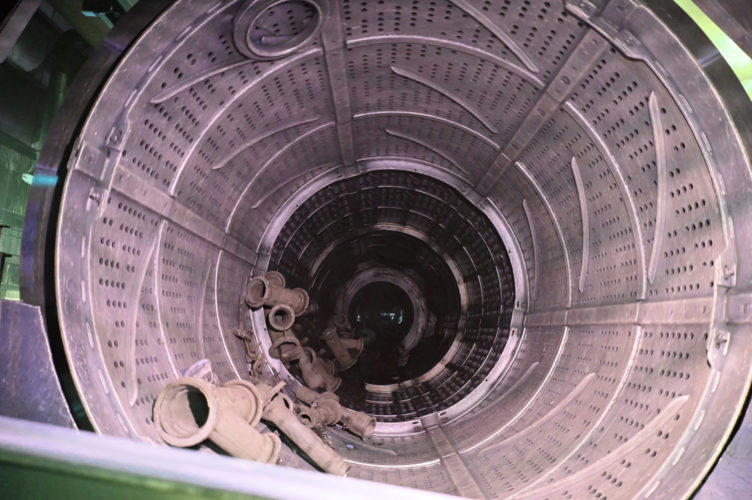 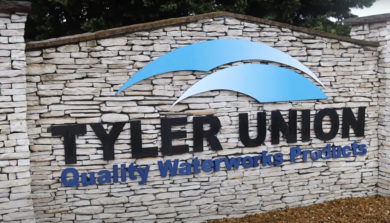 Tyler Union is a ductile iron waterworks fitting foundry with a prestigious history spanning more than 100 years. As part of the global McWane Family of Companies, Tyler Union employs more than 500 people and is no stranger to innovation. They have kept their process and offerings current and competitive to remain a leader in ductile iron fittings for more than a century.

Always looking to reduce downtime and improve safety for their team, Tyler Union saw their current rotary drum and liner system as needing improvement. Tyler Union began looking for drum liners that could be easily retrofitted to their relatively new drum, and later on, a solution that they could use to replace the rotary drum in another line.

The prevailing solution in rotary drum liners are interlocking heavy metal liner pieces held together by pins. To install this style of liners, the pieces need to be carefully organized and stacked. Inserting the liners with forklift and boom, one at a time, and meshing the tiles together is tedious and potentially dangerous as overhead work can easily fall during installation, which places the maintenance team in harm’s way.  In addition, the construction of this commonly used liner proves challenging to modify or adjust when the process calls for it—often leading to lower efficiency and increased sand carryover. 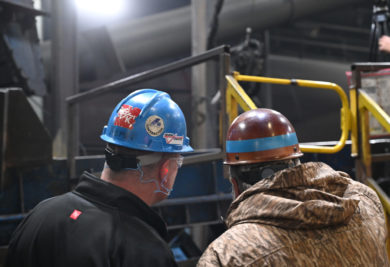 Familiar with General Kinematics through a history of vibratory equipment purchases, the team at Tyler Union talked about their rotary concerns with their GK representative. The General Kinematics team then shared an improved rotary drum liner design with Tyler Union. The GK liners promised drastically improved installation safety, less downtime, and a reduction of sand carryover.

General Kinematics’ North American Foundry Director, Rick Kempf, recounts: “GK was engaged by Tyler Union, they had difficulty with installation, time to be down as well as the safety of the workers. General Kinematics was able to use their LOCK-TITE™ Liner System to improve their process, reduce downtime, and decrease overall maintenance cost.”

Tyler Union’s Vice President of Operations, Jon Pollard, on the history and relationship with General Kinematics: “GK supports Tyler Union by providing us with rugged equipment that can get the job done in a tough environment.”

Years after the installation of the first liner system, members of the General Kinematics sales team traveled to Anniston, Alabama, to interview the Tyler Union crew about their experience with GK products. The focus of the interview quickly shifted to the impact that the  LOCK-TITE™ Liner System has had on their operations. Starting from installation, the liners have made significant changes for the team, “The simplicity of the installation is so much better, and it gives us about another two days extra time to put them in. So it gives us a much shorter shutdown and time period.”, David Bannister, Tyler Union Maintenance Manager remarked about the liners. 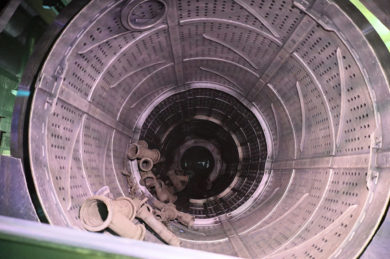 In addition to an easy and fast installation, the GK liners are a simple cartridge design that slides into place and simply expands and locks, removing the possibility of falling pieces that could potentially harm workers. The Tyler Union team not only found installation to be an improvement but the actual efficiency of the unit was increased. Tyler Union Utilities Supervisor, Rodney Turner, “As long as the liners are doing what they’re doing, it returns the sand, because we reuse our sand over and over. Making sure that it does it properly saves us a lot of money on the cost of sand. Instead of having to put new sand in, it just keeps reusing it, keeps it clean, keeps the metal out of it, makes a better casting, makes a better process, a lot less maintenance.” Struggling with sand carryover in the past, the operation was able to see a huge improvement by reducing sand consumption and improving casting quality.

“Once we get it up and running in the morning, that’s one of the processes that I can depend on.”  Rodney continues, “You know, I don’t have to go back there and check it hour by hour and make sure something (is not) hung up or something broke loose. I know the liners are in there, I know it’s doing its job. It’s proved itself every day…It’s a quality product, does a good job, is dependable, and that’s one less thing that I have to worry about every day.” The liners and rotary drum are still installed and running smoothly. GK’s Rick Kempf on the success of this project, “One of the reasons that customers work with GK is because there’s a trust that’s built knowing that GK is going to provide the right solution.”.

If you are looking to improve a process that is not meeting your expectations connect with GK, and a foundry expert will help you to find the right solution today! 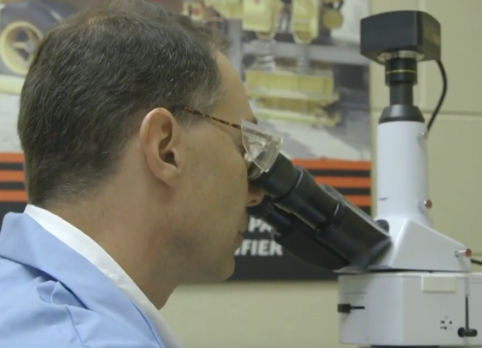 A new opportunity for innovation ASR scrap can be a particularly difficult material to screen and separate due to tangled wiring and easily knotted materials. When planning an ASR sorting system for enhanced separation, a current GK customer had an idea of how they would like to improve their system. However, the customer was uncertain […] 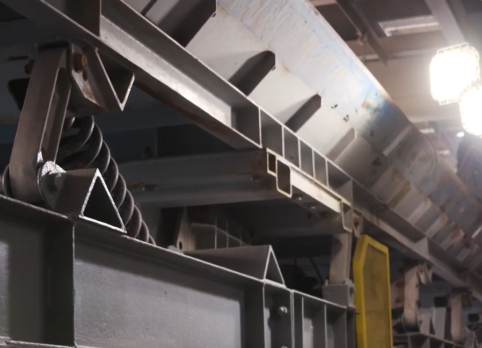 Covanta, one of the largest mass-burn facilities in North America, explores their 30-year relationship with General Kinematics. Converting MSW to renewable energy for Pinellas county, Covanta depends on the reliability of their equipment to run without fail. GK’s Bottom Ash Conveyors have been able to provide 95-98% uptime.    Learn more about it in the […] 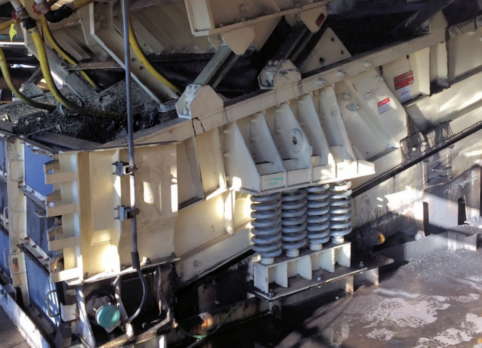 In 2016, a CPP coal mine site in Australia wanted to handle higher ash seams than the CPP had been designed for. It also was looking to recycle coking coal tailings to produce a thermal product. To achieve this, the mine needed an increased reject screen capacity of up to 1000 tph from their current […]