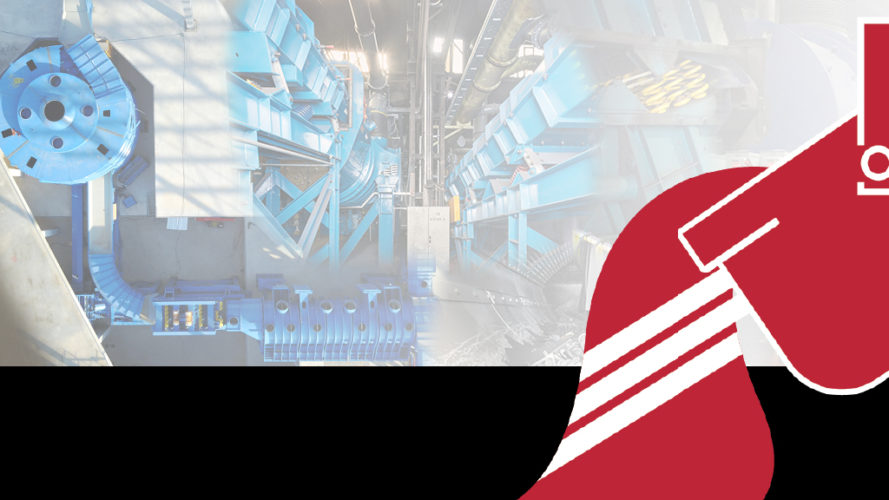 Thomas Musschoot, President of General Kinematics, commented, “I am excited to be back at Castexpo. General Kinematics has grown significantly since the last show. The addition of the TUFFMAN™ brand provides additional material handling capabilities. We have expanded our European division with the addition of CYRUS™ and, most importantly, our new GK SYSTEMS division, which is bringing the foundry of the future to a market in need of innovative turnkey foundry design.”

CASTEXPO is North America’s largest foundry show. GK has been a longtime exhibitor at CASTEXPO. This year GK’s presence is more prominent than ever, showcasing three pre-sold pieces of equipment along with introducing GK’s new division, GK SYSTEMS to the show’s audience.

General Kinematics has the largest selection of vibratory and rotary foundry machinery equipment available in the industry. The vibratory equipment which is showcased this year at the show is the Vibratory Shakeout,  VIBRA-MILL®, and the TWO-WAY™ Feeder. All three machines will be running in the booth. After the show ends, two pieces of equipment, the Vibratory Shakeout and Two-Way™ Feeder, will ship directly to Charlotte Pipe in Charlotte, North Carolina. The third piece of equipment, Vibra-Mill®, will ship to a North American auto manufacturing plant.

“The partnership with Charlotte Pipe and Foundry has been excellent. We are proud to have our equipment selected for their new foundry.”, commented Claude Hutchens, International Market Director of Foundry

In addition to the equipment in the booth, experts from our GK SYSTEMS division will be on hand to answer questions. GK SYSTEMS offers entire turn-key foundry systems and engineered innovative systems to the industry. Visit Booth #1303 to learn how GK SYSTEMS can build out the system that will deliver on your company’s growing or changing business plan.

General Kinematics Corporation, incorporated in 1960, was established to market, design, and custom fabricate innovative vibratory materials handling and processing equipment. Today, the company is one of the world’s largest suppliers of vibratory processing equipment, having held more than 200 worldwide patents, and is a significant contributor to vibrating equipment design and application technical advancement. General Kinematics serves a worldwide customer base through a network of engineering-oriented independent sales representatives who cover major industrial markets throughout the United States. International markets are serviced from subsidiary operations and through a combination of representatives, licensed manufacturers, and strategic alliances with leading industry-specific organizations in other strategic locations. Today, more than 50,000 General Kinematics units have been installed in virtually all of the world’s industrialized countries. As new process and efficiency challenges emerge, General Kinematics is qualified to address these needs with advanced technology, innovative engineering, new materials, and manufacturing techniques. All applied to improving customer productivity and profitability while meeting ever more stringent requirements. Today, GK knows no limit in our ability to provide a broad level of engineering support and capacity that other companies cannot offer. We bring a 360-degree view to the whole process picture, often supplying engineering resources our customers do not have or wish to fund internally. Heather Schuler started as a Marketing Specialist for General Kinematics in 2019, focusing on tradeshows and print advertising. Heather has over twenty-five years of marketing experience working as part of in-house marketing teams across multiple industries. When Heather is not attending tradeshows or working on marketing content, she enjoys spending time with her children and participating in outdoor activities.

As you start a new project, there are important decisions to make and one of the main decisions is what kind of material to use. A traditional material, like concrete, may be the well-known material of choice for projects like a driveway or sidewalk, but there is another durable and eco-friendly material that you may […]